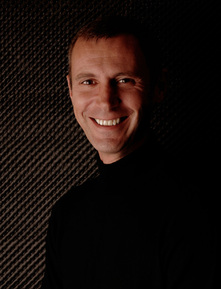 With a keen eye for detail and an ability to create quality images despite the circumstances, I am a reliable photographer with clients ranging from SMEs, to government departments, to global corporations.

Whilst I specialise in portraiture, my imagination, creativity and desire to capture life from a different angle means I am equally skilled at assignments ranging from documentary, culture and lifestyle, to promotional product shots; from sport to architecture; landscapes to special collections.

Find out more about me here.
Past commissions, collections, awards, experience and more...﻿

In 2005 I began a collection of Welsh celebrities which later became the country’s first photographic Hall of Fame. The Cool Cymru Collection was launched in November 2006 at the Wales Millennium Centre, the first time the venue had hosted an exhibition. It featured the likes of Dame Shirley Bassey, Sir Tom Jones, Sir Anthony Hopkins, Katherine Jenkins, Rhys Ifans, Ioan Gruffydd and many more, and was documented by ITV Wales in a three-part series. The collection also became the subject of my first book.

In 2007-08 I collaborated with my local rugby club – the Llanelli Scarlets – to document the last season at the famous Stradey Park, before the club moved to its new modern stadium. I was given unprecedented behind-the-scenes access to record everything the fans knew and loved about the hallowed ground, working with players, coaches and staff, from the girls in the ticket office to the media in the gantries. Faces of Stradey Park became my second book.

My other photographic assignments are wide and varied, and have seen me travel the world. I have worked for charities and small businesses here in Wales and overseas, and have also been commissioned by global corporate companies looking for high-end photography to suit their markets and clients. I have also undertaken several ‘collections’ for clients – those less well-known, and those very well-known.

For many years I have been keen to pass on my skills, and have worked voluntarily as a mentor to many young and not-so-young new photographers looking for knowledge and support. In 2012 I took this a step further in becoming Ambassador to the Arts for Carmarthenshire, the first ambassadorial role of its kind in Wales. In this role, I support new artists and help promote photography and the arts in and outside of Wales.

2003: Documentary photographer, Aid in to Africa charitable mission to Tanzania

2010: Sport Wales, Behind Every Star campaign, celebrating the unique relationship of athletes and their coaches

2012 – present: Arts Ambassador for Carmarthenshire County Council (voluntary role to promote arts and artists within and outside county)

2013: Photographer/mentor for E-Learning Africa and Shore to Shore, charitable missions to Morocco and Benin